I was heading back through (through being the key) the Colleges when I heard the whistle. For a year and a half I was good, following the protocols that the Colleges wished the surrounding community to abide and I went around, rather than through. That changed when the students began returning, the campuses opened back up, because between the art, and the music, and the athletics, the College tend to be where things happen. Anyway, as I said, I was heading through the Colleges, riding past the Robertson Athletic Center where I noticed a group sitting outside, all wearing coordinated kit. Hmmm, something's a goin' on, I thought. A couple seconds later the whistle blew and there was some shouting and cheering. A quick u-turn and few pedal strokes later I was outside the fence by the CMC pool looking in. The scoreboard showed that USC was having a fairly easy go against CMC. Cool, some water polo, and I went around to the gate and in, hanging out just long enough to watch the 2nd period close out, the score nine to two. (Bummer, only later I discovered that the Gauchos were playing in La Verne, and not enough time to get over there) Oh how I've missed riding through the Colleges and finding stuff happening. 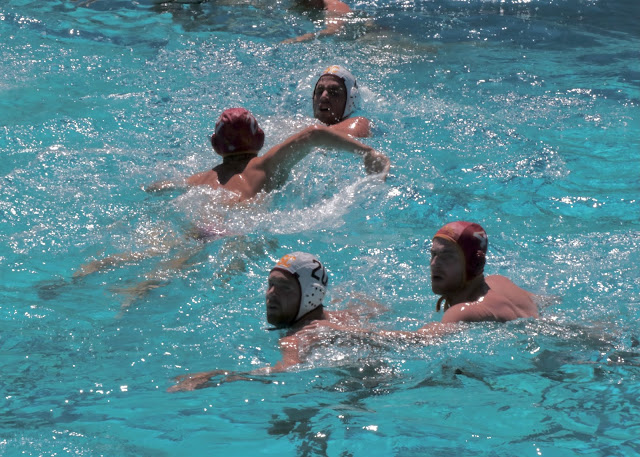 Before that though was a ride along the Heights Trail, a low-flying helicopter below the Cucamonga Canyon Dam suggested something was going on below, a beautiful Deputy Sheriff locking (or unlocking) the gate at the bottom end of the rocky / sandy single track (Demens Trail junction), seemed to confirm that something was amiss. Other than that... I never saw anything. Back along the PET to make a loop of it, with a stop at the farmers' market to meet the mrs., people watch, sit in the shade, gulp down a smoothie, and well, you know - head back through the Colleges. A respectable, local, slow Sunday. 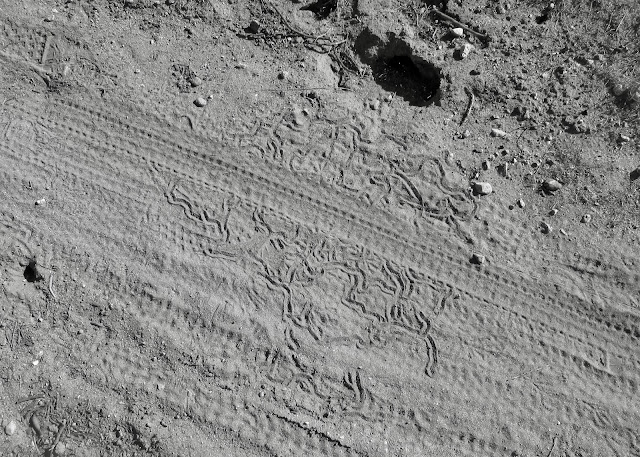 if there had been a bunch of coyote track I would have thought someone had a meal, but there seem to only be snake tracks, and small ones at that -  maybe there was a hatching in that hole, and a whole passel of them came out 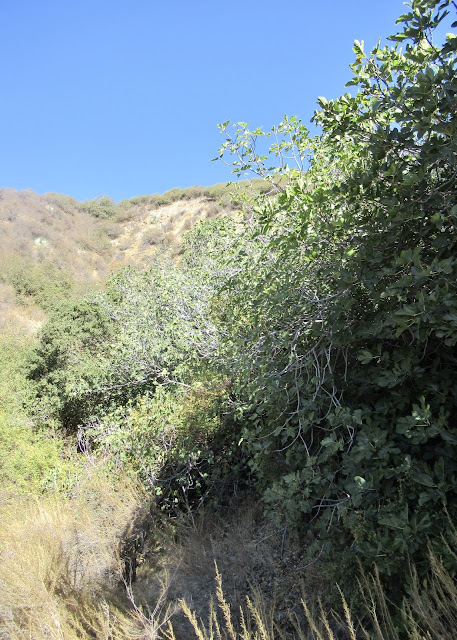 I've noticed the figgy forest has expanded over the ridge and into this other little side canyon - while stopped to take this pic, there was a snorting from the thicket and I immediately thought of the piles of bear scat and high-tailed it outta there 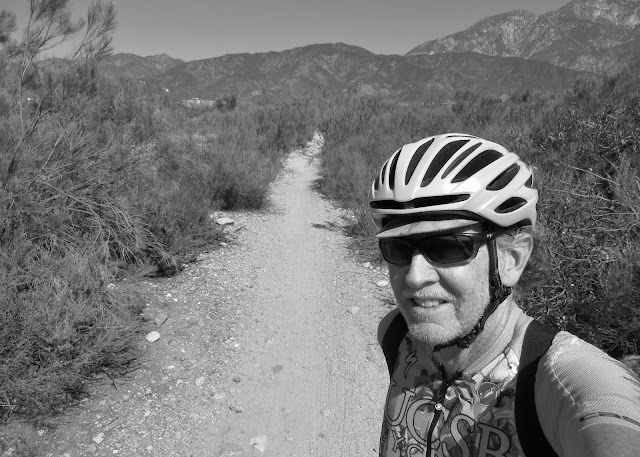 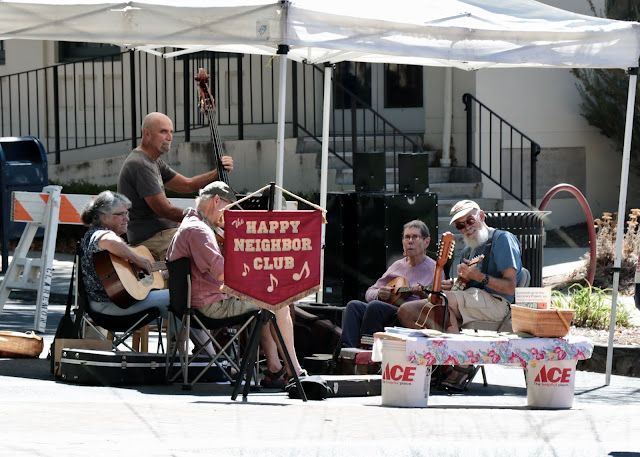 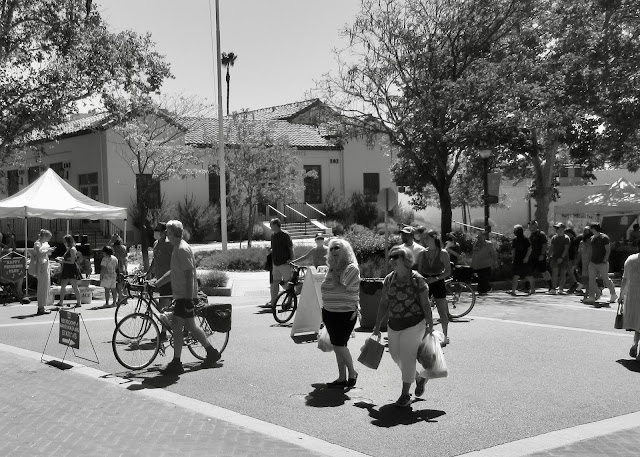 with students back at the Colleges, the farmers' market is hopping again 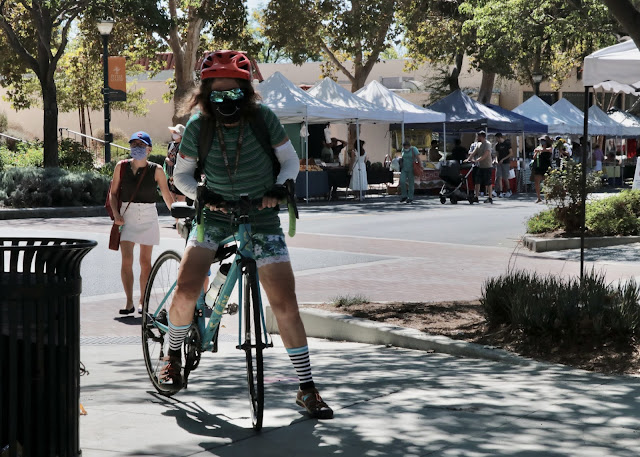 well look at who showed up while I was sitting there 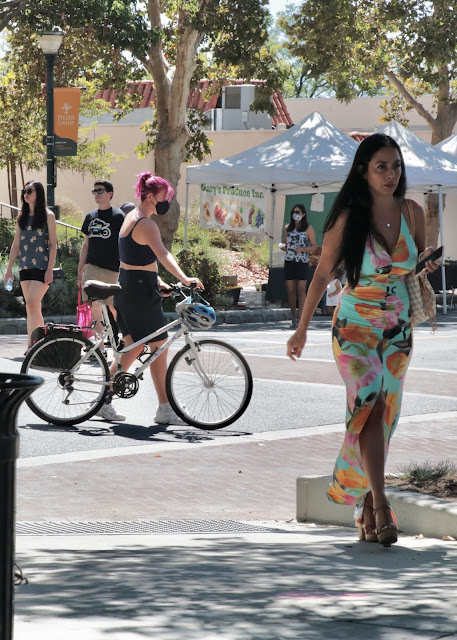