You know, the whole experience of indoor cycling - when I would set my bike up on either a mag-trainer, or rollers back in the 90s and early 00s - was such an unpleasant chore (and chore is exactly how I regarded it - a necessary evil) that, since giving it up, I have never considered starting up again. A cold, boring garage in the middle of winter with nothing but a radio for company, or a hot living room dripping buckets of sweat made no difference. There was nothing fun about it. Winter fitness be damned. I finally decided I did not want anything to do with either of those scenarios.

Well, Saturday was new kit pick up day for the Ordinary Cyclists. and it was held at the Vroom studio in Rancho Cucamonga. Vroom, and owners Sonya and Rick Reddell are team sponsors, so holding the event there gave anyone who had never been to the place, like myself, an opportunity check it out, see what was going on. This is not your old garage roller session with that little b&w television set up as distraction from your suffering.

The screens are bigger, for one thing, and they are in color. As you ride in studio, you also ride virtually, with other riders around the world. You pass them, they pass you, you interact with them, as you cruise along the seafront, or struggle up the Stelvio; I am not sure if you can mock their slowness or, conversely, curse their speed. Of course I am also not sure you would want to go there anyway. So there is that sense of real-time virtual competition, and while you don't have to compete you are, supposedly, there for the workout. I think I would find it difficult to avoid competing against Bruno over in Switzerland or Damiano in Italy. Still, it would probably be even better when those you are competing against on the screen are also in the room, that way you can look over and see just how much suffering you are inflicting upon them. Yes, that can happen as well.

You can bring your own bike, or use a studio bike. Make an appointment and Rick, or Sonya, will set you up. Better yet, since my description here is necessarily a gloss, give them a call, or shoot an email over to them so that you can drop by to find out for yourself how it all works. Vroom may not be riding outside, but for those times when you can't, it may be the next best thing. 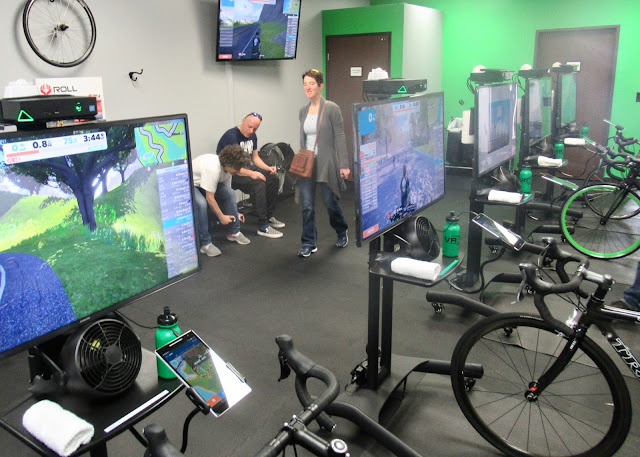 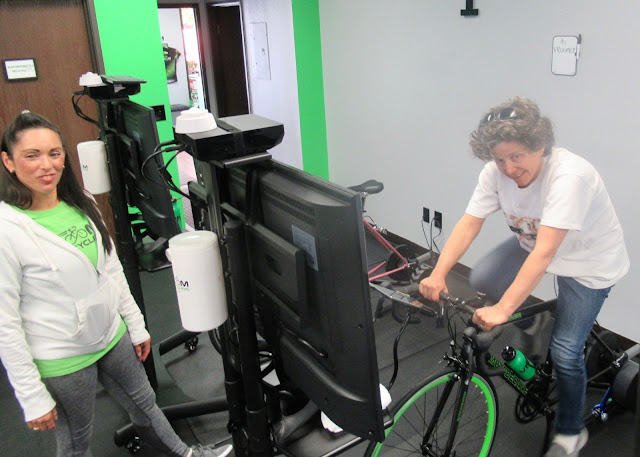 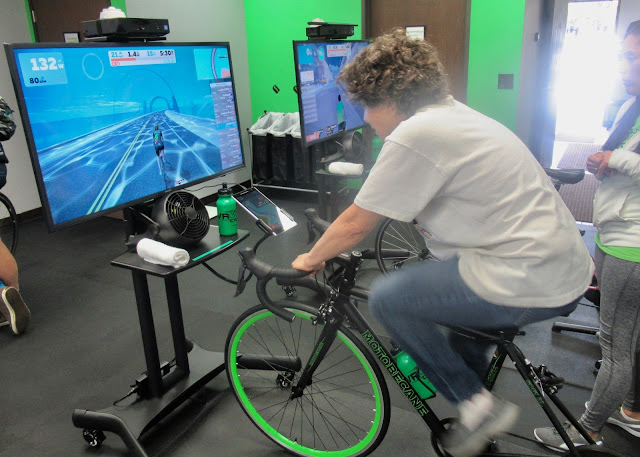