Be Inspired by Her Kindness: A Ghost Bike for Leslie Pray 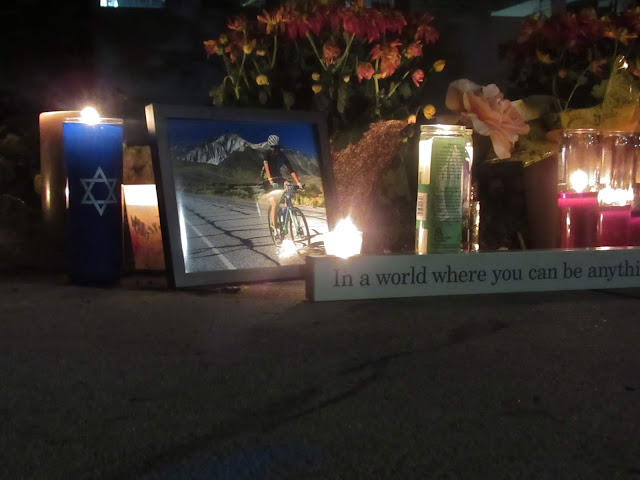 In a world where you can be anything, be kind.

The message delivered by Leslie's life partner, was a simple one, but one that can seem impossibly difficult to find these days; if all of us, some two hundred gathered around the makeshift memorial, took anything back home with us this evening, let it be to emulate Leslie's kindness.

A community turned out tonight. They turned out to commiserate, to show support, to remember, maybe to learn, perhaps even to find some comfort. Some were neighbors from the immediate and surrounding streets, others from further corners of town. Some came from neighboring towns - Upland, La Verne, some from even further. Many were cyclists, many were not. Other than the fact that some wore helmets and cycling kit, stood quietly with their bikes next to them, while others wore suits, or uniforms, or what ever they happened to throw on following a long day of work, we were all the same. 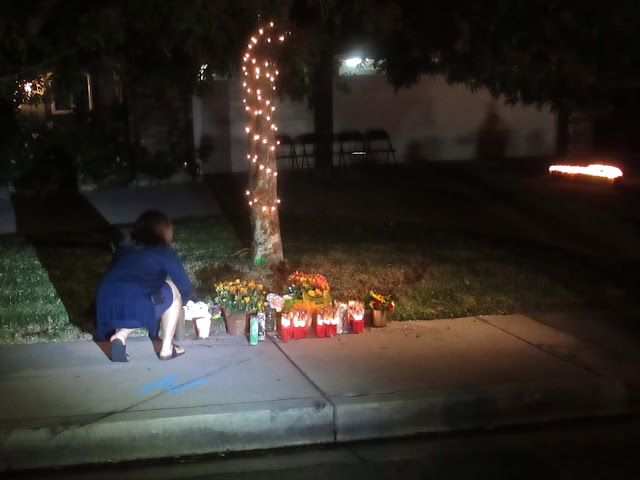 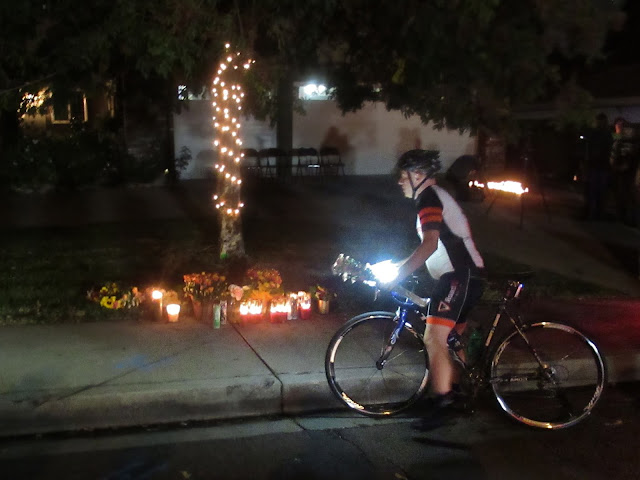 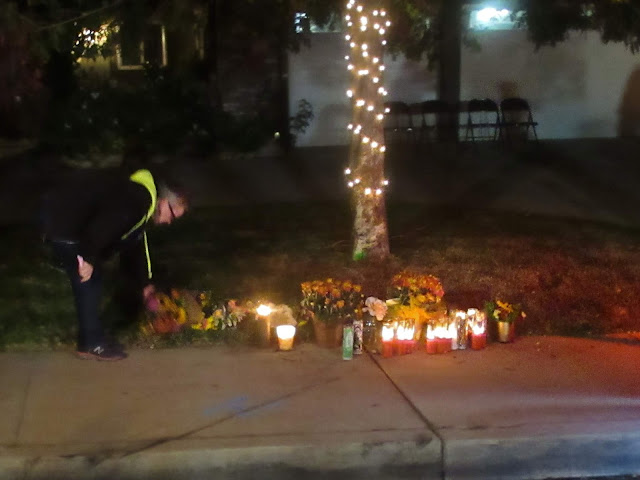 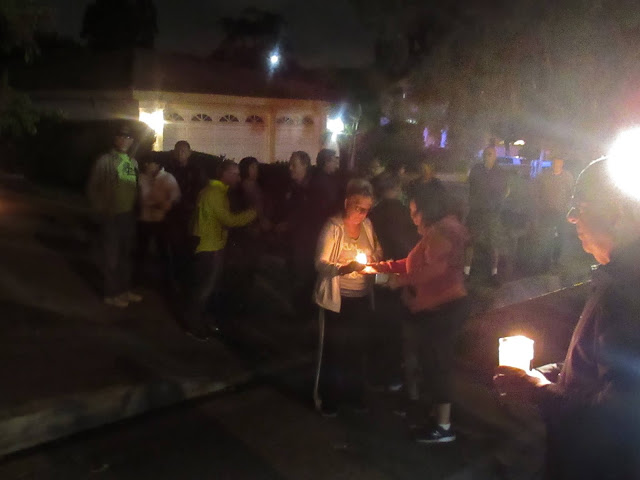 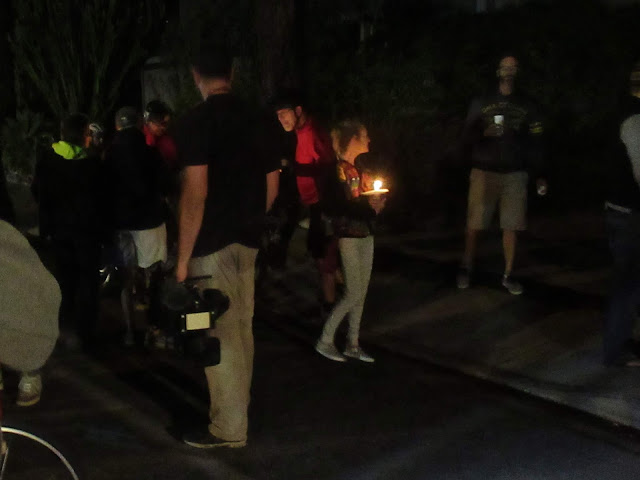 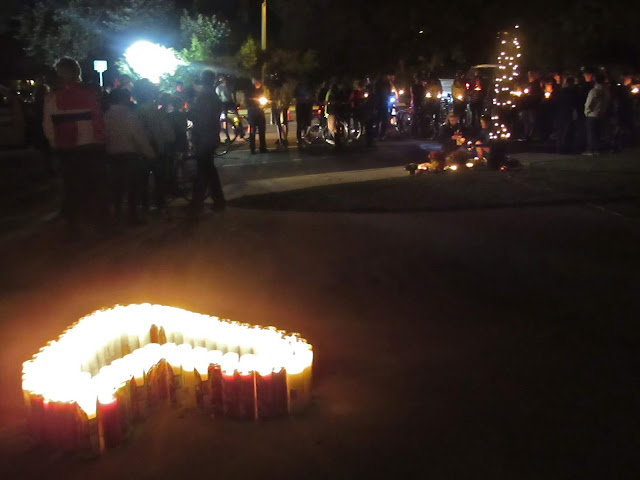 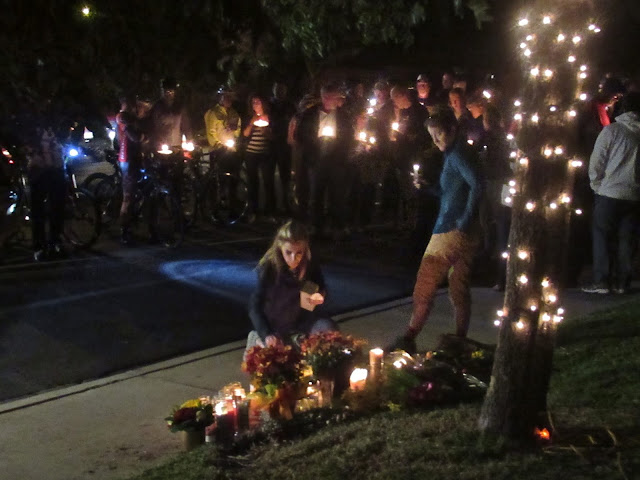 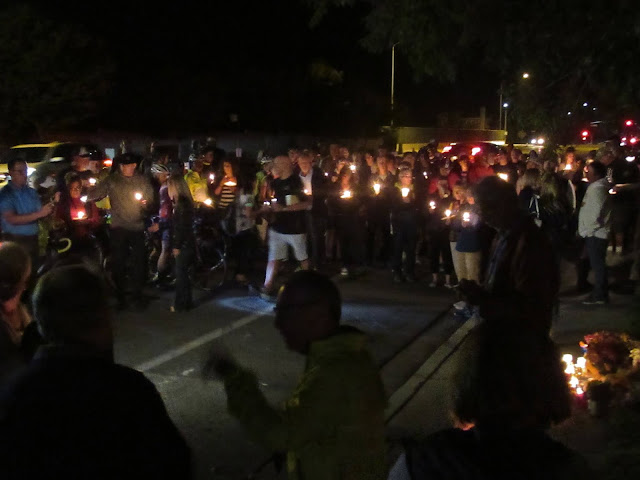 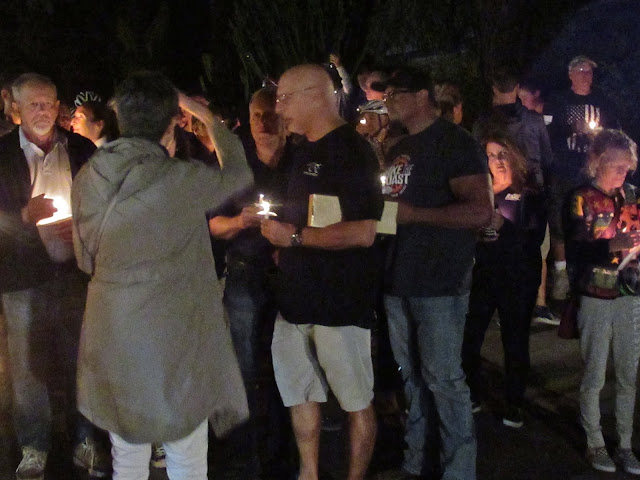 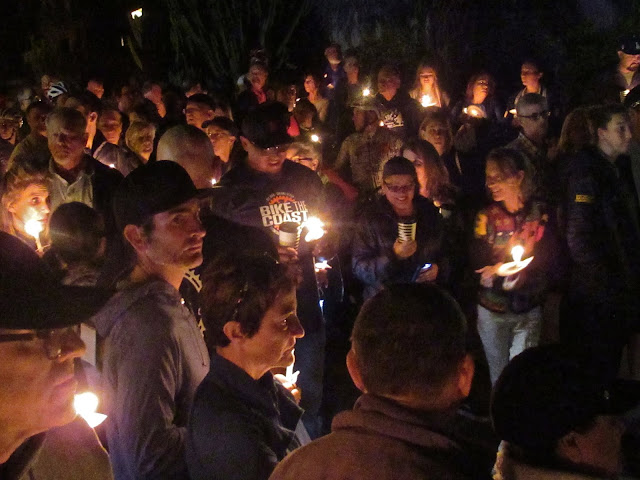 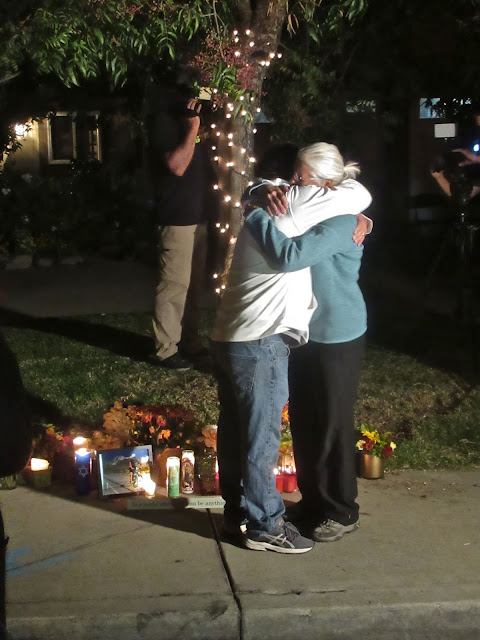 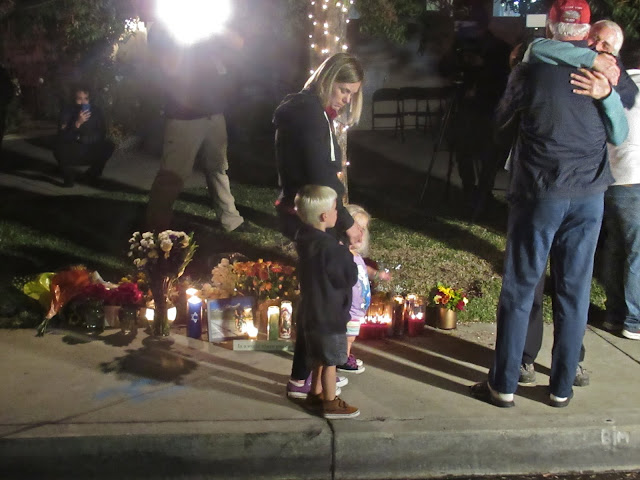 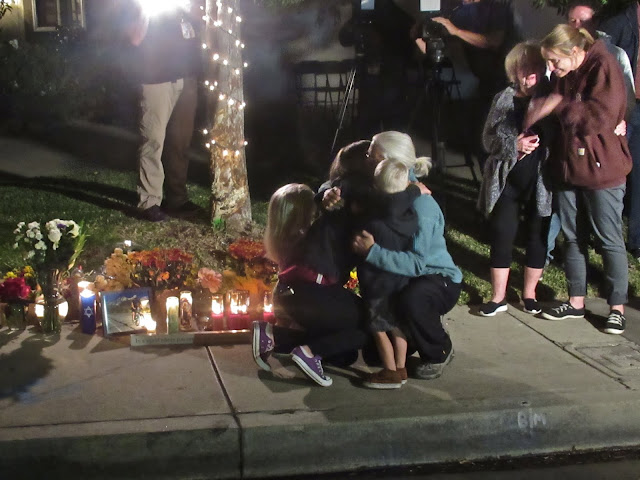 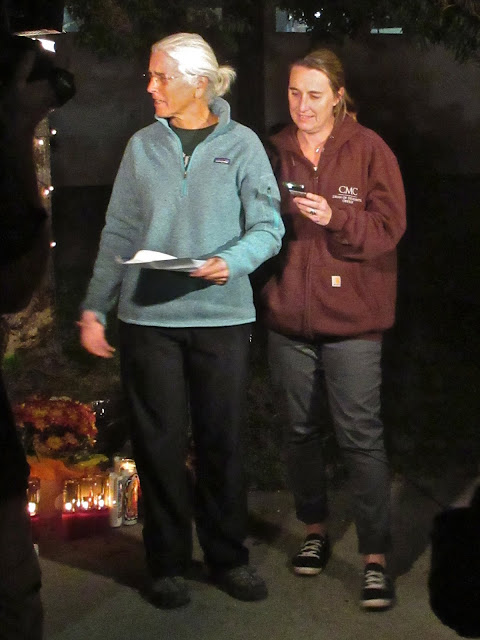 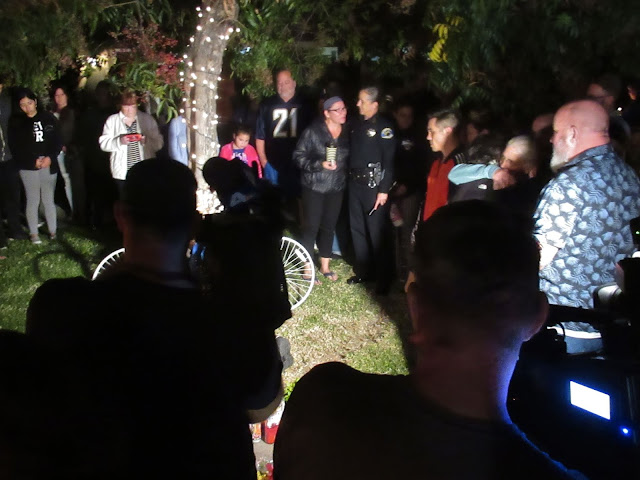 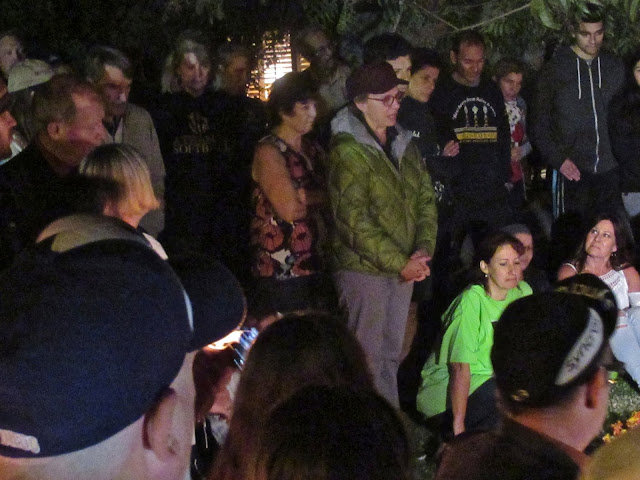 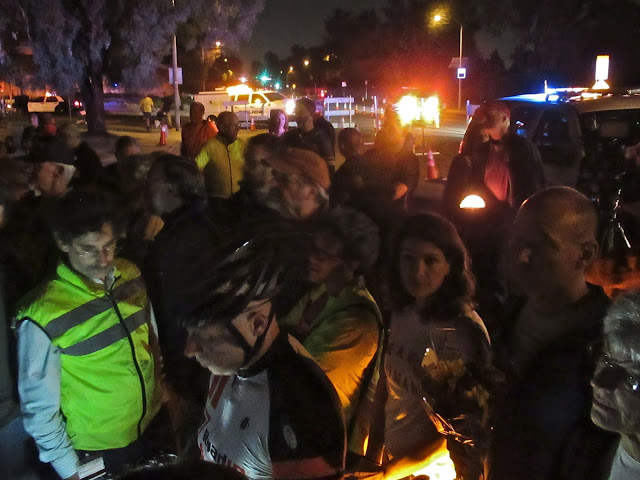 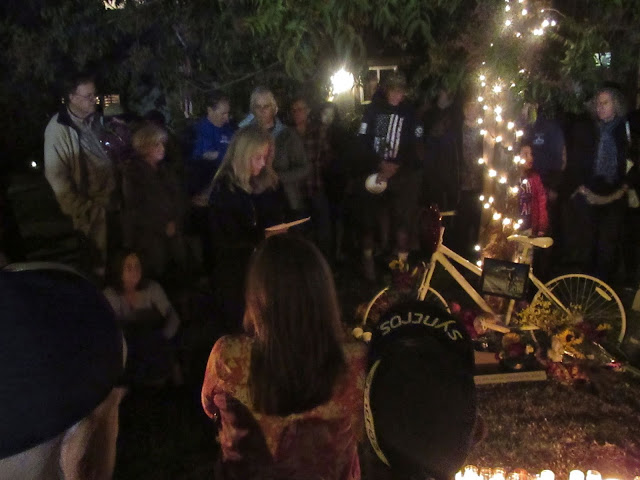 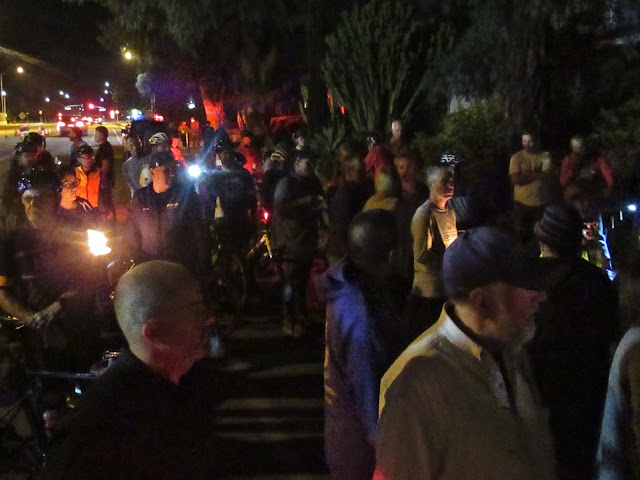 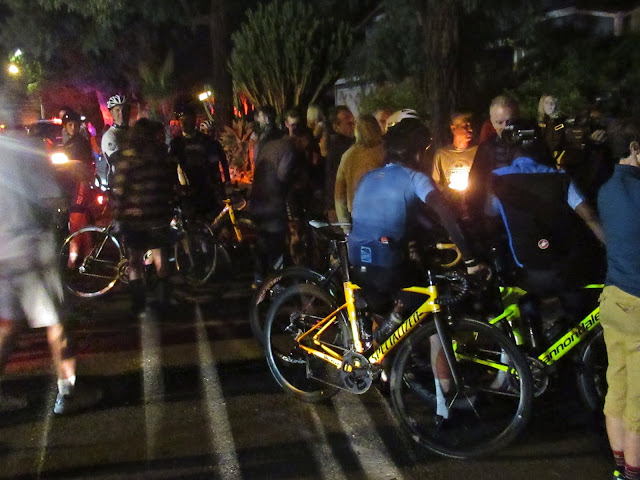 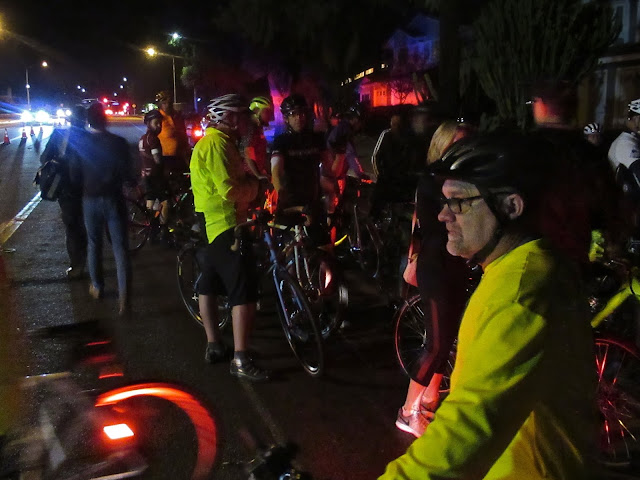 For my part I would like to offer some thanks. Thanks to Jonathan, the humble hero last Saturday. Jonathan is a local cyclist, had just finished his ride and was stretching out his legs when an erratically driven car sped past. Seconds later hearing the sound of a collision he looked down the street in time to see the after-affects, sprinted down and rendered CPR until... Thanks to the various city council members who came out; Claremont has long been a city that prides itself on its "bicycle friendliness" - Leslie's passing should serve to remind us, and everyone, anywhere, that we cannot afford to rest on those laurels, that we must strive for still more. Thanks to Claremont's Chief of Police, whose officers not only cordoned off the street so that we could gather in remembrance, but who also took an active and symbolic role in helping to secure Leslie's Ghost Bike to the tree. Thanks to KGNH: Keeping the GOOD in OUR Neighborhood for organizing the memorial, and Morales Klan for providing the Ghost Bike. Thanks to the family who call the place where Leslie passed away home, for letting us all gather in their front yard, a gracious act of neighborliness that will long be remembered. Lastly, thanks to Leslie's many friends who shared a little bit of who she was; in some ways that knowledge makes her passing more difficult, more personal, but it also gave us a glimpse of who she was, an opportunity to share more fully in her life. 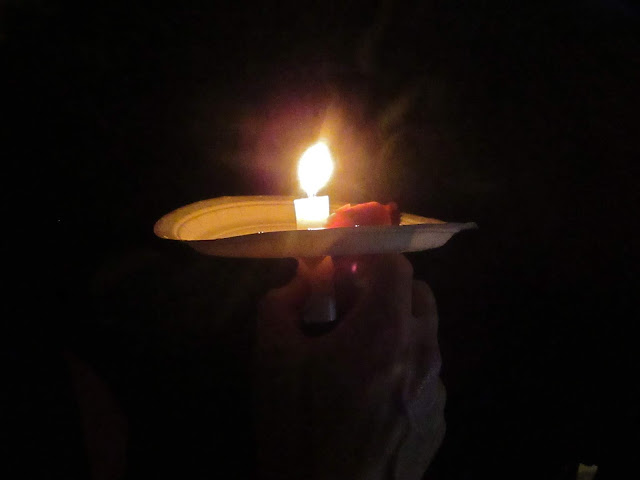