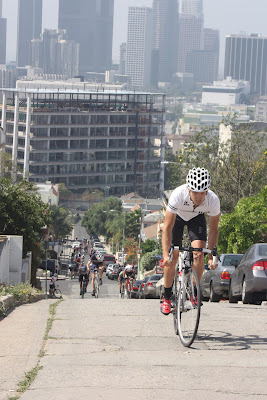 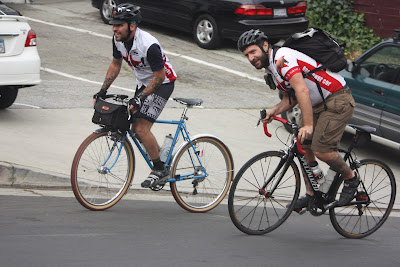 What if you organized a little informal annual race, and it instilled such torturous memories in the minds of the participants, that few chose to return after their first try? You might be glad the race is held in Los Angeles, where there is such a large pool of cyclists from which to draw new potential victims. Such was the case when Matt Ruscigno asked the assembled 40-50 riders, who had done the race before, and only three or four hands punched the air. Warning bells should have sounded, really loud ones, klaxons. In a way they did, the nervous laughter serving the same purpose.

I didn't notice anyone turn away at that point, though, and so at 8:20 or so in the morning, we left Sunset Triangle to face some of the most fearsome demons in the city. Clearly a labor of love for the organizer, Feel My Legs, I'm A Racer, ascends ten of the steepest streets in the city, and three of which (Eldred - 33%, Baxter - 32%, Fargo - 32%) are on the list of ten steepest US streets. Throw in paving which ranged from perfect to something that could only laughingly be called pavement, and you are set for a special challenge. With short spins linking each of the steeps, there is time to recover between each of them. Physically anyway. The head games are another matter entirely. Before today, I had only ridden one of these streets, the easiest - Mt Washington Drive. 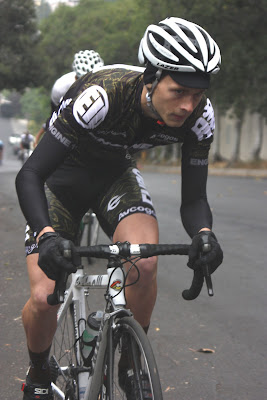 winner of the first climb (Micheltorena) then disappeared 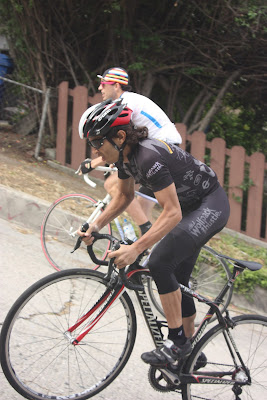 no camera tricks, Fargo is that steep 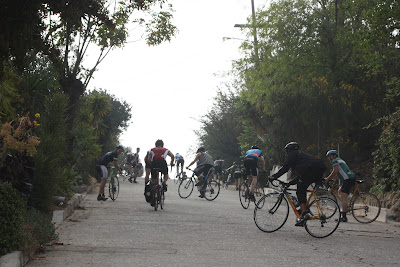 Turning a corner at the bottom of each of the others, only to come face to face with true walls, was shocking to say the least. If you know me by now, or are at least familiar with my braggadocio, you know that I will go to my grave proclaiming myself to be a climber. The thing is, there is climbing, and then there is climbing. Give me a miles-long mountain road that never seems to end, and I am happy. The things that were ascended today were not those climbs. I might be tempted to call them sprinters hills but, though you might start them with a sprint, they quickly devolve into something entirely different. Something that I am not sure has ever been adequately named. The best description may have been the one I overheard at the bottom of Thomas after the riders had come back down - one rider, only half-jokingly commented that the street was once a stairway that had been filled in. Yah, that kind of steep, that kind of climb.

Thank goodness I have this blog thing as a ready excuse - the old, "i'm not here to race today, just taking photos, covering it for the blog." Yes, there were those I rode all the way to the top; the ones I had to ride all the way to the top, because we then went down the other side. There were others I only went part way up, or walked, just far enough to get some shots from the steeps before the racers turned around and came back down. All of which begs the question, am I a climber? Yes! Just not that kind of climber. 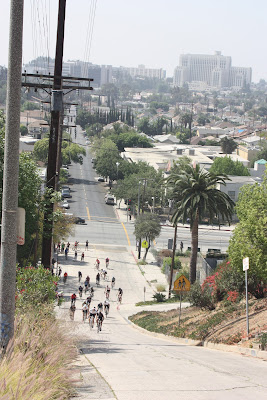 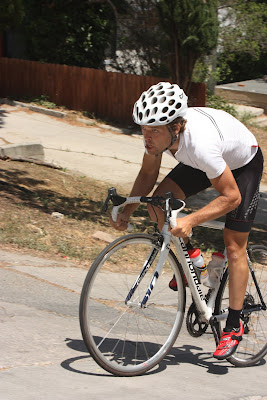 you might remember Seth Britton who swept the jerseys at the recent San Dimas Stage Race on his way to winning overall in the Cat 5's. i heard he also won the San Luis Rey Road Race yesterday. here he charges up Eldred 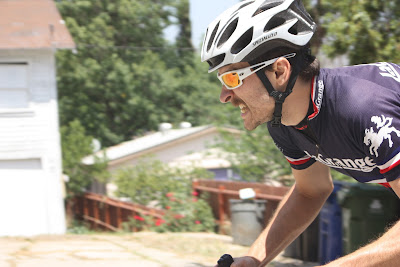 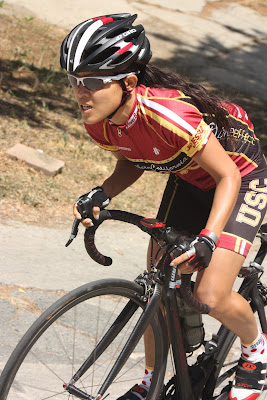 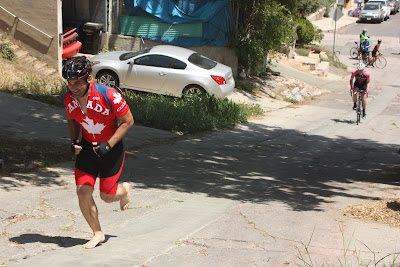 there is more than one way to get up these suckers 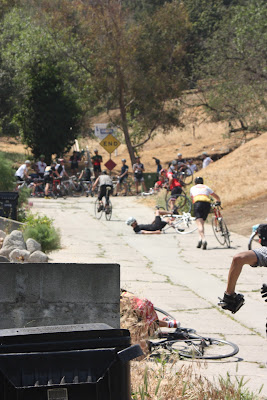 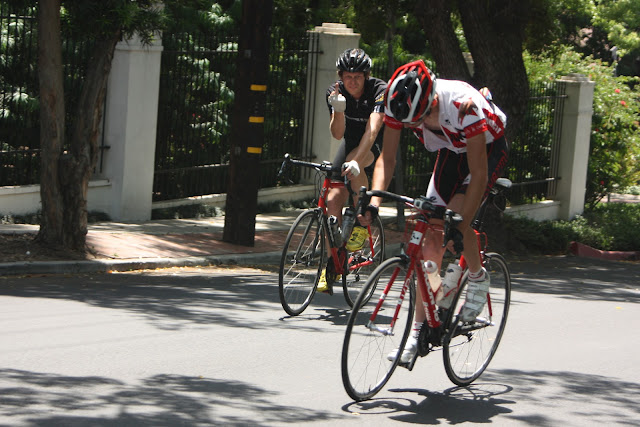 a finger for the ride, or for the sprint? 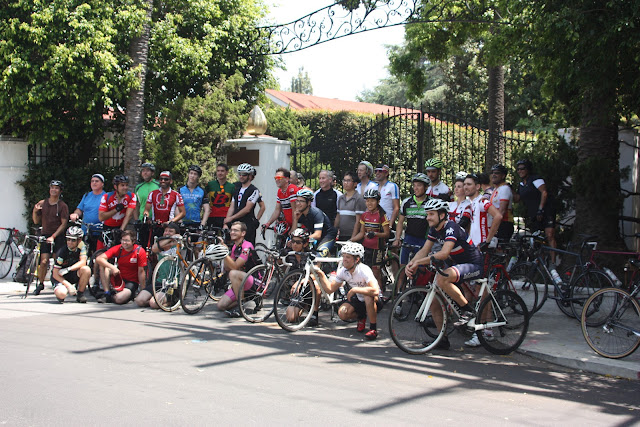 Well, I was so focused on the travails of the racers that I completely forgot to mention the bikes. Other than unicycles and tall bikes, I think the variety was nearly as great as the number of riders. Racing machines predominated, as you might expect, but there were also fully decked out touring and commuter rigs, old steel roadies still proving their mettle, mountain bikes, a folding Bike Friday, a hybrid or two, even a single-speed Flying Pigeon, being ridden by the race videographer. I won't try to fool you into believing each was equal to the task; the front-runners tended to be the lighter-weight racers of today. But, there was at least one heavier steel mixing it up near the front on a regular basis, and that hybrid, looking like it would be more comfortable on a somewhat less vertically challenging path, carried its rider up each hill, to the appreciative comments of all in attendance.

If you want to check out the map of the route, showing the hills, and haven't seen it yet, look at the post on Matt Ruscigno's blog. Finally, I went over my self-imposed limit on photos again; there are 98 at this link.
Labels: Feel My Legs I'm A Racer 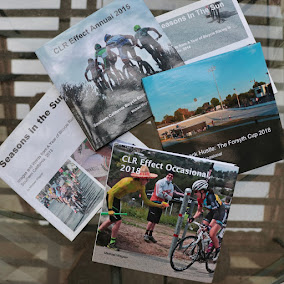