One of the things I like most about the blog is helping to spread the news about happenings in the So Cal cycling community.

I wish that did not also involve spreading the news of things like this.

Another of Southern California's racers, Jackie Price Dunn, has passed away as the result of a crash during competition. Following a crash at the San Diego Velodrome, which occurred last night, Ms. Dunn was transported to hospital where she was placed on life support. Regrettably, word has begun to spread that she succumbed to her injuries. I apologize if this description sounds so cold and detached, from the little I have read/heard it is far from the way she lived her life. We have lost another caring and giving person, who also happened to share our own passion for cycling.

The Jackie Price Dunn Memorial Fund has been established so that her family has "one less thing to think about during their time of loss." Contribute here. 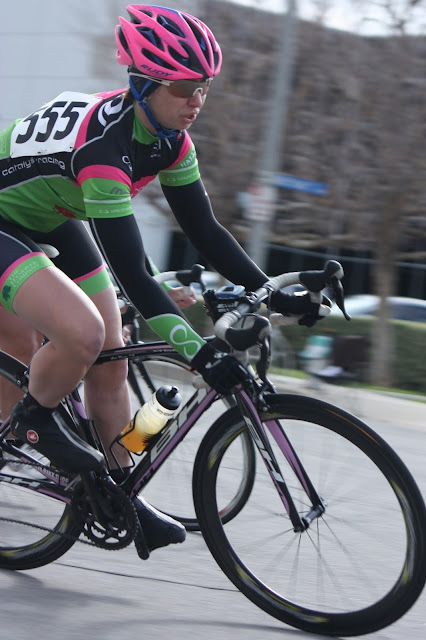 just realized I had this photo - at the Roger Millikan Memorial Criterium, February 2013