It almost wasn't to be. An unexpectedly late night, sleeping nearly to the very moment the clock would strike GO. There would be no meeting John's feeder ride from Grizzby's at 8:00. "Well, that's it then," I thought. Miss and out. Fortunately better sense prevailed. I mean, there were only so many routes they would take between San Dimas and Claremont, and on a Saturday morning a group the size that I expected the Exploratory ride to be (with CicLAvia, BikeSGV and PVBC all involved) should be no trouble tracking down.

Sure enough, the Dr. Livingstone I presume? moment came along Bonita in downtown La Verne. The long line of riders, CicLAvia and PVBC shirts, day-glo ride coordinator vests, and the BikeSGV flag waving from the lead bike, made the question moot. But I asked it anyway. "CicLAvia Exploratory ride?"

It was indeed pretty cool to see the level of interest that was generated by this "preview" of what will not take place until next April, when CicLAvia comes to Claremont, Pomona, La Verne, and San Dimas. If being out in the crisp morning air, the sun shining, the sky blue, surrounded by people who get as much pleasure from cycling as you was not enough, arriving in Claremont Village to find Grizzby's donuts and hot coffee waiting, pushed perfection over the top. Hope everyone's morning was just a good and remember, there is no need to wait until next April to meet up again - two weeks from now is the next CicLAvia (downtown LA), the MWBA Pancake Breakfast, Ride Around Pomona (spooky cemeteries), and the PVBCs Pumpkin Patch Pedal.

There are some photos here but the bulk of them are at Claremont Cyclist just a click away, on Facebook.

Special thanks to the CicLAvia organization, BikeSGV, Pomona Valley Bike Coalition, Day One, and chefs Travis and Matt of Grizzby's Biscuits and Donuts. 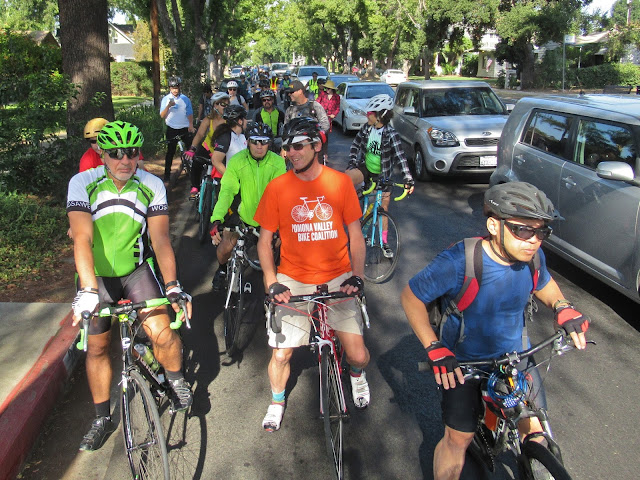 not a parking protected bike lane, though it looks like it 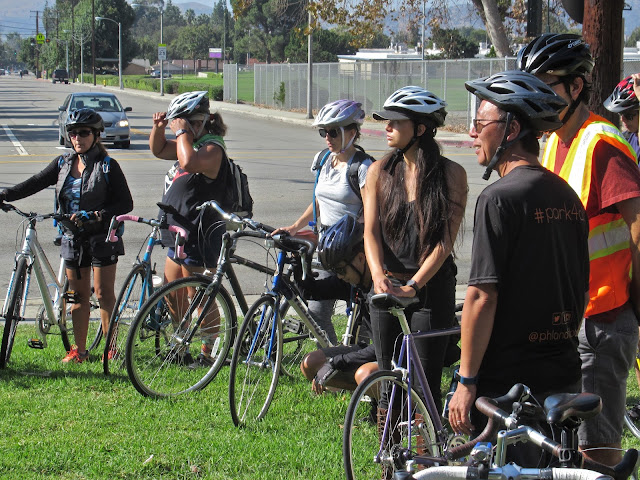 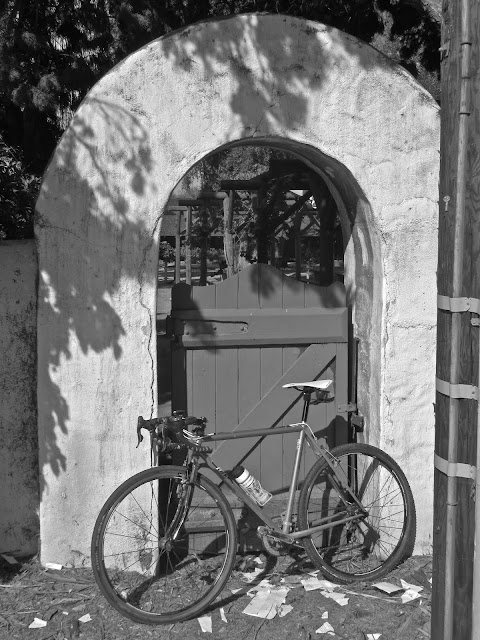 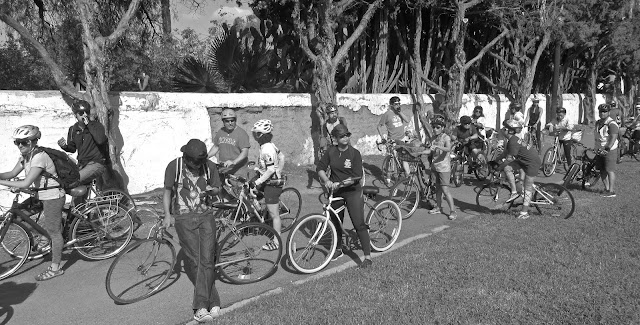 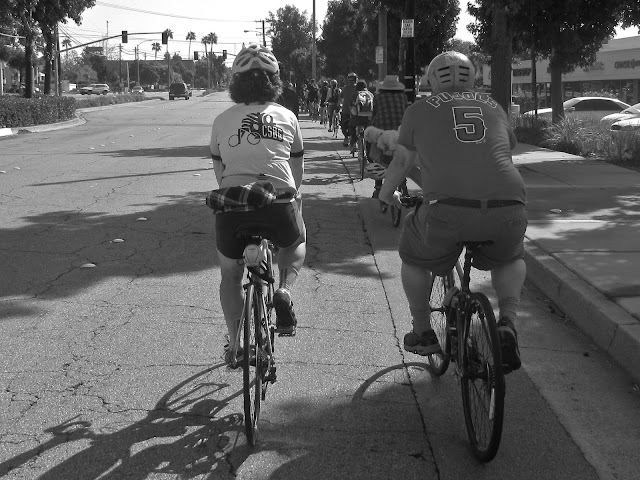 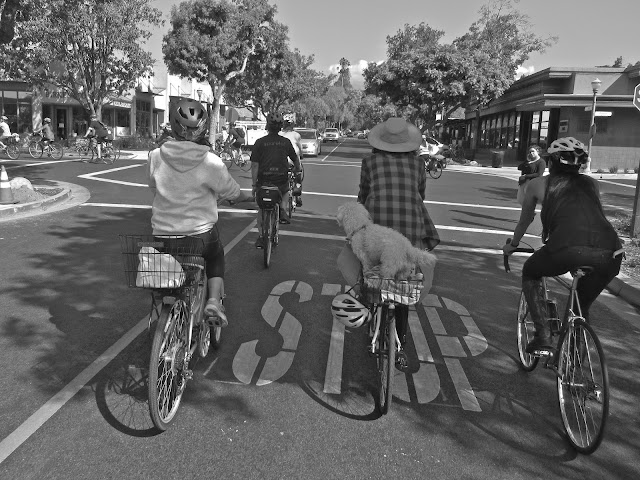 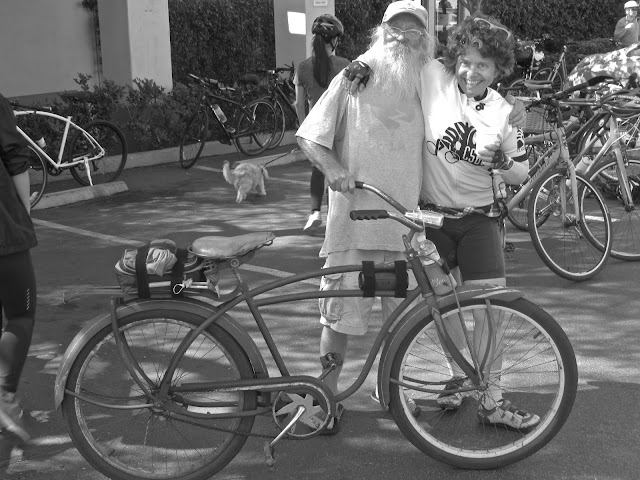 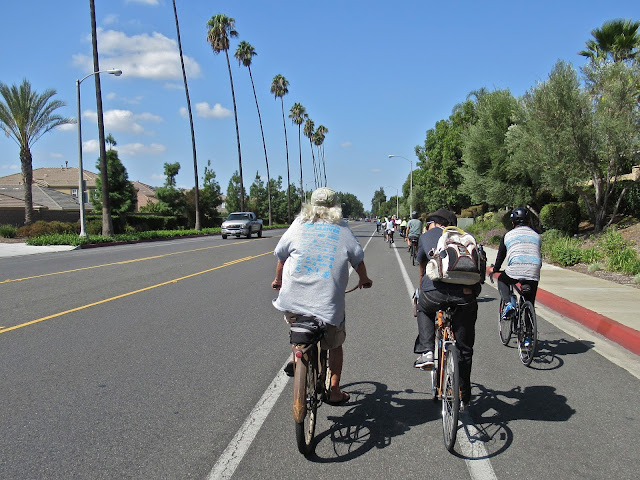